Links and normal text are too similar

It is very hard to distinguish between normal text and links on the main site.

Here is an example: 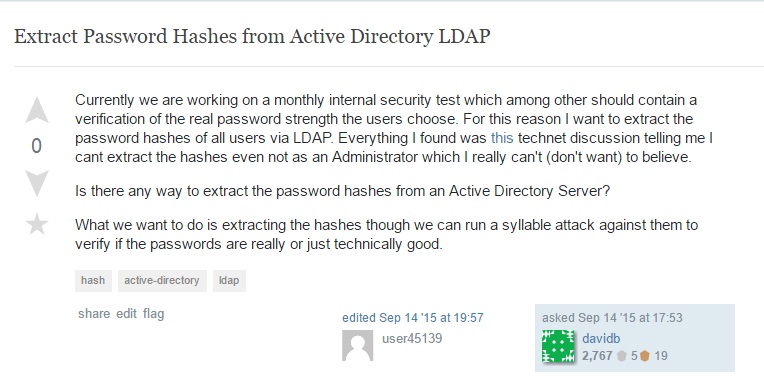 The blue for links and the gray for text are too close. Some people might have very sharp eyes, many do not. Compare this to the situation on meta where links are a flavor of orange.

I'm not sure that qualifying these links of "very hard" to distinguish is the right term, at least not on a general basis.

However, where I agree with you is that depending on the screen settings and potential visual limitations affecting the reader, these links may indeed be hard to distinguish from normal text.

That's the reason why often visual indications such as links rely on two different criteria, traditionally links are shown:

This also allow the reader to detect successive different links, which is just currently impossible on StackExchange without hovering the links.

However, underlined text within a paragraph may also slightly reduce readability and comfort (that's why Wikipedia for instance choose to underline them only while hovering, as a right balance), and a poster on UX.se also suggested the following:

I'm pretty sure that this is an intentional part of the Stack Exchange UX.

Answers are supposed to be standalone, because external sites may go offline, or rename/take down the page linked to. If they primary content of the answer was a link to another site, then that answer is now useless.

The links are not underlined, so as not to distract from the answer, since they're supposed to only go to supplemental material. Similar reasoning exists for using colors that have less contrast to the text as opposed to the general web.

So, without being into StackExchange little secrets, chances are this may be intentional and that arguments privileging text readability and unity over links parsing easiness simply won.

You may also find relevant information in the posts below from UX.se:

Not the answer you're looking for? Browse other questions tagged discussion bug design .

28
Are the wrong questions and answers getting too many upvotes?
5
Should we work harder to create canonical questions?
19
Breaking a specific system and How to demonstrate an understanding of concepts involved
15
2015 Moderator Election Q&A - Questionnaire
4
What are product recommendations and should they sometimes be allowed?
2
Information Security's updated site theme is live!
2
Guidelines for suggested edits being too minor
1
Are topics touching both Signal Intelligence and Information Security / Extraction on topic?