Why is my edit attributed to another user?

I recently tried to edit a question and someone else beat me to the punch. I reviewed their edit and felt like my edit would further improve their edit, so I resubmitted my edit. After resubmitting my edit I got the standard message that my edit would have to be reviewed. A minute or so later I refreshed the screen and noticed the "edit must be reviewed" message was gone but someone else was credited with the edit. I thought they must have improved my edit, so I looked at the edit history and didn't see my name. 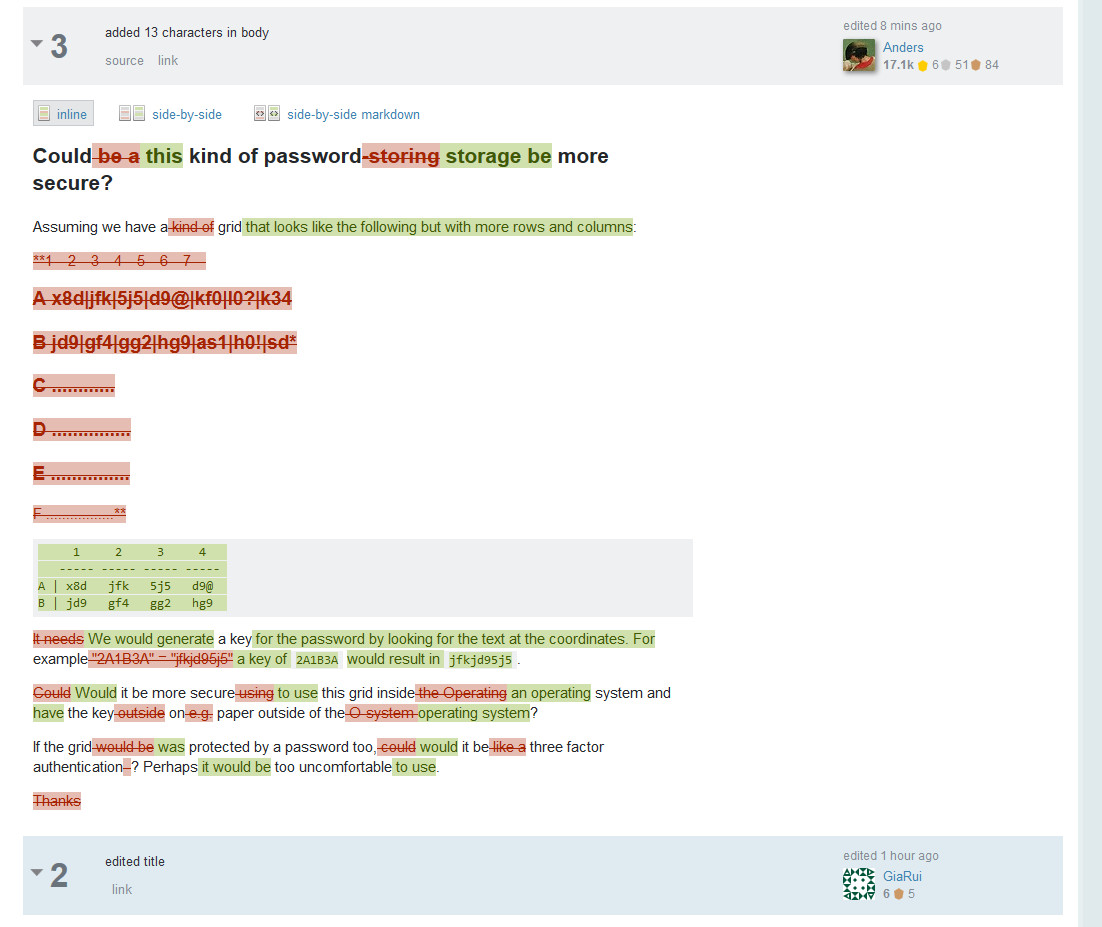 Either this other user re-edited their edit to match my edit or my edit somehow is under another user's name. To be clear I don't feel the need to have my name on the edit or get the 2 rep from the edit. I just want to understand what happened because it looks like a bug to me.

I realize I ended up both robbing you off the rep gain from editing, as well as taking credit for your work. Sorry about that. Would be happy for any pointers on how to deal with similar situations in the future.

I don't have enough rep to be able to see this, but sometimes this happens because the other user used "improve edit" but unchecked "suggested edit was helpful".

The section "How can I check on my own suggested edits?" on this page describes how to get a link to the suggested edit page, which will provide more information on this.

Not the answer you're looking for? Browse other questions tagged support editing suggested-edits .

3
No longer able to edit tag wikis
4
Cannot edit a post on security.stackexchange.com?
2
How to edit this question?
5
Why does the Community user on Meta has 3 reputation?
4
What did happen to my suggested edit?
3
What rep is required to edit / propose an edit on a question?
1
Edit comment language
2
Why can the “Community” bot approve suggested edits?